This comes after the recent tribunal ruling in favour of the Uber drivers which gave them the ability to be defined as 'workers' as opposed to 'self-employed'.

My article on this can be found on:

Will Shu, the founder of Deliveroo has received a letter from The Independent Workers Union of Great Britain (IWGB) requesting a 'voluntary recognition agreement'.

IWBG represent the Deliveroo riders in North London, and they seek to negotiate with Deliveroo on behalf of the riders their worker's rights.

“Currently Deliveroo riders are classed as ‘independent contractors’ which means they have no employment rights. This is the same category that the courier companies use and that Uber has been using. We want to get them recognised in law as being ‘workers’, just like the Uber case. This means they would obtain paid holiday, minimum wage, trade union rights, and more.”

"If Deliveroo ignores or rejects our request then we can apply to the Central Arbitration Committee (CAC) for the CAC to declare that the union should be recognised for collective bargaining."

“If we win the case it means that the CAC will have declared that Deliveroo guys are ‘workers’ and not ‘independent contractors’. In a similar way that two Uber guys acted as a lead/test case for the other 40,000 Uber drivers in the country. It is inconceivable that Deliveroo guys in Camden could be workers but those in Angel be independent contractors.”

“As Deliveroo continues to grow, we are committed to providing great opportunities for UK riders, with the flexible work riders value, and a payment model which is fair, rewarding and better matches riders’ time with our customers’ orders.

“We have been in close and regular contact with our riders throughout the trial and as you would expect we will be writing directly to our riders to inform them of the next steps as the trial comes to an end. The feedback so far has been overwhelmingly positive and we welcome the opportunity to further engage with riders, policymakers and the unions as the sharing economy in Britain continues to grow.”

The aesthetics of the gig economy are more than likely set to change.

It will be the case that Uber will appeal the decision made by the Tribunal in their case, so much remains to be seen on that front.

The Business, Energy and Industrial Strategy Committee have begun an inquiry into the future world of work with a focus on the gig economy. My article can be found here:

The conclusions of these cases and inquiry are uncertain, but you'll be sure to receive a further update from me at each checkpoint. 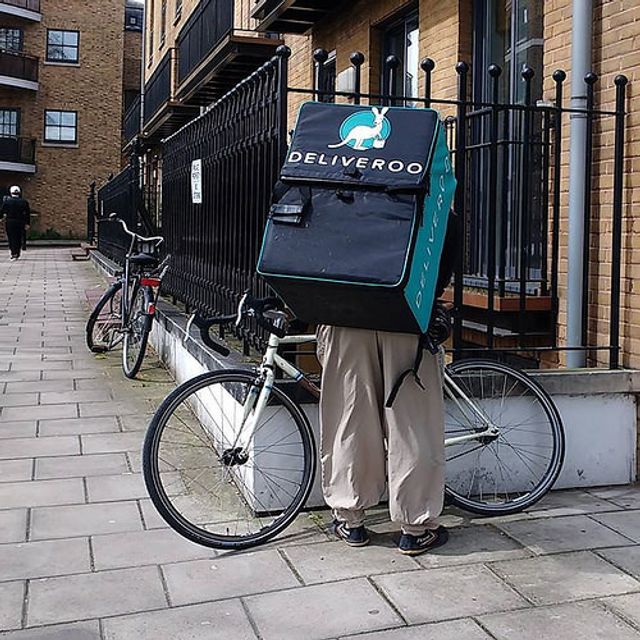 A Clever Move or Foul Play? The 'Deliveroo' Judgment That's Sparking A Call For Reform
Anonymous